What Happens to Political Participation in Communities When Metro Papers Pull Back? 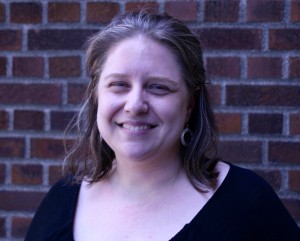 Newspapers have historically served a critical role in our democracy, identifying the “hot button” issues that are debated and voted on in communities large and small.   Dr. Sarah Cavanah, an assistant professor at the University of North Dakota, is focused on researching the role of public affairs journalism in supporting healthy communities. A former newspaper and magazine journalist and public relations professional, she is the author of several educational books and workbooks aimed at elementary and middle school students and has served three organizations committed to supporting student media. She is originally from Marceline, Missouri.

Her dissertation examined how coverage of local issues in small surrounding communities by area metropolitan papers affected political participation on local elections. She examined coverage of events and issues in the area by the Minneapolis Star-Tribune, the Denver Post and the Portland Oregonian over more than two decades, beginning in 1992. She found that when the three metro papers covered hot-button issues in outlying communities, more voters in that community turned out at the polls, even in off-year elections. You can access an excerpt of her findings and learn more here.

My first “journalism” job was as an assistant everything at the weekly paper in my Missouri hometown, The Marceline Press.  I started as a sophomore in high school and worked my way through high school.  As a result, I’ve always been interested in how news is consumed in rural communities and what affect it has on decision-making at the very local level. So when I began working on my doctoral dissertation at the University of Minnesota, I decided to explore how having access to different types of news from different sources – a metro paper, as well a community paper – might affect decision making in small communities. Since the campus is close to downtown Minneapolis, and I had access to decades of content from metropolitan newspapers, I decided to statistically measure the journalistic content on small communities carried in metro papers and see if it affected voting, for instance.

What were some of the major research findings in either the academy or the industry that preceded your work?

My dissertation was preceded by decades of research, mostly from political scientists, on the effects of access to news on political participation. In terms of research on rural news, we have some great case studies and best practices, but fewer comparative statistical studies because there is less data.

I started with an idea drawn from previous work and theory – that, in general, metro newspapers are more likely to cover “conflicts” within small communities than news outlets based in those communities. Here I always have to pause and emphasize “in general.” As everyone who works in community journalism knows, this varies by news outlet.  There are plenty of small news outlets that do cover the “conflicts” in their community. But in general, smaller news outlets have tended to focus more on the meat-and-potatoes journalism of everyday life in a community – PTA and church meetings, local events such as weddings and deaths – than on aggressive public affairs reporting that sets the agenda for debate of policy issues.

In formulating my ideas, I used the work of the “Minnesota Group,” three social science researchers at the University of Minnesota in the 1970s and 1980s, who compared the content in news outlets in small communities to outlets in larger, more pluralistic communities. Kristy Hess in Australia has added to our understanding about the various societal roles and functions that news organizations nurture. Additionally, research by Lee Shaker at Portland State and a study by the Federal Reserve looked at what happens to political activity in small communities in a region when a newspaper in the area closes.

Previous research in both mass communication and political science has demonstrated a link between news coverage and political voting.  News coverage lets an individual know something is happening in the area that will impact life there.  Knowing more about the major issues spurs people to the polls. I definitely think I can see that in the data I collected. In Minnesota, for example, let’s take a hypothetical average town. We can call it Hometown and it would be about 130 miles from downtown Minneapolis. Hometown is perfectly average, but average has changed some since 1990. For instance, it’s grown from 4,617 people to 5,959, average household income is up and those households are more ethnically diverse than they used to be. However, more people live in poverty in Hometown than at the start of the study period, too. Hometown is served by a county weekly and sometimes gets coverage from a once-daily/now three-times-a-week in a city of 50,000 not too far away.

Hometown news appears in the Minneapolis Star-Tribune, the statewide metro paper, at about the same rates as it did in 1990, which is surprising, as the Star-Tribune has cut back on its news-hole quite a bit during this period. That’s the great news in this picture: Newspapers tried through shrinking budgets and opportunities to preserve coverage for some communities. This is a good thing for Hometown, too, because holding all those demographic factors constant, if it had lost coverage, it would have seen 355 fewer votes in elections where the U.S. president is chosen and 633 fewer votes in those “off-cycle” elections that don’t include choosing the president. That’s a significant chunk of non-voters in a town of 6,000 people.

Unfortunately, not everyone was as lucky as Hometown. Coverage has declined for communities in the study states based on certain factors, especially their distance from the metro newsroom and their size. There’s also an effect for age: Towns with older average populations lost out, too. Basically, if you are small and distant — and have lost young people to migration — you’re the biggest loser of them all when it comes to metro coverage. That loss shows up in the polls, where turnout declines. Keep everything the same in Hometown, but move it 82 miles farther away from the metro, and you see those declines. Or, keep everything the same and have Hometown lose population instead of gaining and those declines start to occur.

This is exactly what decades of research predicted would happen. The Minnesota Group warned in the 1980s that metro newspapers were pulling back from these communities and that their residents would see an increasing “knowledge gap” compared to other communities about what they knew about their world and its happenings. We’ve had indicators for a while that when people go out to vote for president, they have a ton of national news to pick from, which leads to more knowledge and more turnout.

Where we are losing the battle is in locally available news: We’ve gone from a system that had essentially three layers: state-level news, city-regional news and very local news to one that is almost down to just that very local source for local news. Lack of local news means that people don’t know they need to vote when the presidency isn’t on the line, and they don’t turn out. But those elections make a huge difference in day-to-day life in those communities, probably more than any president ever will. I think there’s plenty of data already presented to support this, but here’s the kicker: Communities in my study with a daily newspaper — and I counted three issues or more a week as a daily — vote at much higher rates than those without dailies in non-presidential years, while there’s no impact on presidential years. Local news leads to an informed and motivated public when it comes to local issues. Metro coverage matters, but it doesn’t matter as much if you have an active daily source in your community.

I believe healthy communities need access to public affairs reporting on vital quality of life issues – such as the environment, education, health – in order to stay healthy. Next, I want to study the possible effects on a community that loses access to this type of news.  Conversely, I also want to study the benefits of access to such content. This is a somewhat under-theorized area. I think public affairs reporting helps people understand the way their specific communities function. So, I’m looking to research the correlation between access to locally focused public affairs journalism and the “social cohesion” of a community.   Low property crime, high school graduation rates, low vacancy rates – there are typically measures indicating healthy communities.