for the News Industry 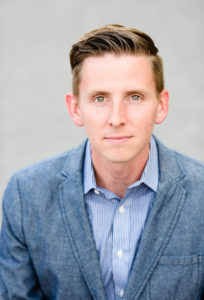 Who and what shapes the news stories that are ultimately published or broadcast?  Seth Lewis and Oscar Westlund explore this question and to try to capture the full range of forces shaping the media industry in their article: “Actors, Actants, Audiences and Activities in Cross-Media News Work.”

Rather than focusing primarily on the decisions made during the editing process in news organizations, Lewis and Westlund use the “4 A’s” framework to study how human and non-human actors explain recent shifts in the gathering, marketing and dissemination of news and information. Their framework gives equal weight to a variety of factors, including financial and technological ones.

In addition to his “4 A’s” research, Lewis, the Shirley Papé Chair in Emerging Media in the School of Journalism and Communication at the University of Oregon, has published articles on journalism in the era of big data. He is currently studying how artificial intelligence will shape the future of journalism. He holds a PhD from the University of Texas at Austin.

The full text of the article can be found here.

Over the last five years, I’ve conducted research on how forms of journalism have changed in relation to emerging technologies. In journalism research, there has been a lot of emphasis on how journalists have adapted their routines or incorporated new devices and approaches. However, we haven’t seen a more holistic perspective on the interplay among journalists and other key stakeholders in news organizations. The “4 A’s” is a way to study the different social actors and update our perceptions of the news production process. This helps us uncover some blind spots, so that we are not focusing exclusively on journalists, media marketers or computer programmers. Each of these constituents may have very different understandings of what the audience can and should do, which shapes how media is produced.

2). Within your framework, do you see a hierarchy among the stakeholders?

Traditionally, the editorial side has been dominant. However, I think we are entering a moment where news companies see themselves as media and technology companies, not just news organizations. I see this as a growing recognition that successful enterprises will be blended. The media industry has had longstanding concerns about mixing the editorial and business sides, which may have actually deterred useful conversations. I think this is starting to change. Journalists are recognizing that they need to be aware of the business side of the enterprise. In turn, I think technologists are emerging out of their more service-oriented role and playing a greater part in improving user experience.

3). What are some of the implications of your work for community journalism?

The New York Times and other leading organizations have built large teams of developers with programming skills. This is obviously much harder for smaller news organizations. They recognize technology is a key aspect of their present and their future. However, technology is not paying the bills.  Smaller newspapers don’t have the scale to carry out a digital revolution, nor do they always have the need to establish a strict pay wall. Over time they will need to transition to developing a pay-model online. However, the bigger challenge - for news organizations large and small - is the extent to which social media is the entry point for news. Google and Facebook have not only taken away the advertising revenue, they have also taken away the audience attention share.

4). What is next on your research agenda?

The next big thing I want to understand is how artificial intelligence fits into the future of journalism. I want to look at the broad array of machines intended to act “smart.” This will help answer how artificial intelligence can free up journalists’ time in ways we haven’t yet considered. There is an opportunity to consider what machines can do for journalism. This is really exciting but also daunting and potentially compromising because it raises a range of ethical questions.

View all posts by: Erinn Whitaker